You are here: Home / Featured / WIOA helps woman with ‘anything it takes’ mentality 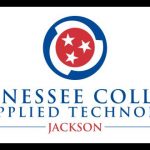 Several months ago a single mother of two named Candy moved to Decatur County from Michigan. She came to the area with essentially no money and no job in place.

After hearing that WIOA could possibly assist her in getting some sort of training, she visited the local WIOA office in Parsons. She was hoping  that she might be able to attend  truck driving school and that WIOA would be able to help her with the tuition cost.

She met with WIOA Career Specialist Su Therrell and they discussed some possible options for Candy. Su instructed her to look into the schools that were available while also considering the cost for each school. For the first time since she had moved to West Tennessee, Candy finally felt like she was on the right track to providing for her children once again.

After weighing her options, Candy returned to the WIOA office the next week to inform Su that she had decided to enroll in the truck driving program offered by the Tennessee College of Applied Technology at Jackson (formerly the Tennessee Technology Center at Jackson).

Her only mode of transportation was an old van. She was unable to afford the gas money that it cost to commute back and forth to Jackson, and did not have enough money to pay for a place to stay either. Candy made the decision that she was going to do whatever it took to get through school even if it meant sleeping in her van on school nights. With her parents agreeing to watch her children, sleeping in her van is exactly what she did.

Candy’s ‘anything it takes’ mentality paid off as she was able to finish the truck driving program. She credits Su for guiding her along her journey and supporting her in every way possible.  She now has a job with a long haul trucking company, and without the help of Su and the WIOA program none of this likely would have been possible.